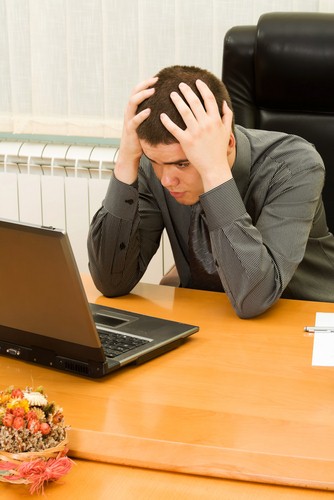 The good news is you finally GOT a job. The bad news is you don’t know how to DO the job! So what do you do about it?

Ben Carpenter says you have a right to be nervous because doing a job in the real world (the big leagues) isn’t easy. It comes with its own set of rules, many of them unwritten. The sooner you learn to live and work by a code that’s shaped by values, integrity, dedication, and a true team spirit, the sooner you’ll set yourself apart from the other rookies in a way that gets you recognized and promoted.

Don’t agree to anything you don’t fully understand.

Once you do have your foot in the door, you’ll likely want to impress your colleagues and higher-ups at every turn. And in an attempt to avoid looking like you don’t know what you’re doing, you may be tempted to feign understanding and nod your head, even though you really have no clue what’s going on. Don’t.

“Early in my career, a client bullied me into saying ‘yes’ to a request I didn’t understand—and it cost my employer $25,000,” says Carpenter. “While covering up your own ignorance might not come with such a steep price tag, it’s still something you should avoid at all costs. Your integrity, credibility, and reputation—and possibly your job!—are all at stake. It’s always better to swallow your pride and say, ‘I’m sorry, but I don’t understand. I need you to explain that.’ Also, never agreeing to something you don’t understand, especially when it comes to financial decisions, is critically important. Acting on financial advice you don’t fully understand is a one-way trip into the poor house!”

Listen a lot. Talk a little.

Initially you should do a lot more listening than talking. If your boss wants to engage in a discussion of your ideas or requests your advice—then go for it. However, unless he asks for your opinion, your focus should be solely on understanding what he wants you to do and then doing it…brilliantly! There will be lots of time in the future to assert yourself and share your ideas.

No matter how much you know or how hard you try, you are going to make mistakes as you pursue your career. The question is, how will you handle them? Don’t follow in the footsteps of a former coworker Carpenter refers to as “Never,” who never took responsibility for any mistakes and never apologized for anything.

“Never was actually very good at what she did, but her insistence on passing the blame and refusing to admit her errors cost her all of the respect, support, and goodwill she could have earned,” he explains. “Here’s the lesson: Refusing to own your mistakes doesn’t make you seem more competent; it reveals cowardice, callousness, and untrustworthiness. I promise, if you’re a hardworking, valued employee, when you do own up to your mistakes, your confession will be viewed as a sign of strength, not weakness, by your coworkers. Plus, you’ll be in a position to learn and improve.”

Be a good steward of the “little” things.

For example, always proofread your emails for errors before pressing “send.” Don’t leave voicemails unanswered at the end of the day. Keep your desk and computer files organized. Call your clients to share progress, even when a report isn’t required.

“Most people let many ‘little things’ slide,” says Carpenter. “They think it’s okay to cut ‘unimportant’ corners. So when you pay attention to detail, you’ll distinguish yourself from the pack. Trust me, putting in just a little more work than those around you is a great way to propel yourself toward success.”

One basic requirement for doing an outstanding job is to handle all your work-related tasks, large or small, in a timely manner. If your job is to get a report done by Friday, get it done by Friday. If HR asks you to fill out a form today, do it promptly.

“Yes, meeting deadlines sounds like a no-brainer,” says Carpenter. “But you’d be surprised by how many professionals don’t live by this rule. I can’t tell you how many times I’ve been handed excuses and requests for extensions instead of the finished product. But I can tell you that that type of behavior is not going to do you any favors in the workplace.”

Don’t complain about your job to your coworkers.

There will be plenty of things you don’t like about your first (and second, and fifth) job. But complaining about them around the water cooler—even if you have a very sympathetic audience—is never a good idea.

If your comments get back to your boss, he will think your behavior is unprofessional. Moreover, he’ll wonder why you didn’t talk to him directly. Anytime you’re unhappy with something at work, whether it’s your workload, the tasks you’re being given, or how you’re being treated by a coworker, bring them directly to your supervisor. If you feel that isn’t possible, continue to do the best job you can while looking for a more suitable position.

Carpenter says this is his personal golden rule for business: Never say anything negative about anybody in your office. That’s right. Don’t vent about your boss in the break room. Don’t gripe about your coworker with the rest of the team. Don’t even make fun of John’s crazy tie, unless he’s right there laughing with you.

“These comments have a way of getting back to the people they’re about,” notes Carpenter. “One of the things I’m most ashamed of in my career is badmouthing a colleague for no good reason. Unbeknownst to me, my negative comment got back to that coworker and, long story short, it nearly ruined my career. The things I said had a negative effect on our working relationship for years, until I finally reached out with a heartfelt apology. And guess what? Even if the other person never becomes aware of what you said, your colleagues will still make judgments about your character based on your willingness to bash someone else behind his or her back.”

Ben Carpenter is author of The Bigs: The Secrets Nobody Tells Students and Young Professionals About How to Find a Great Job, Do a Great Job, Be a Leader, Start a Business, Stay Out of Trouble, and Live a Happy Life (Wiley, April 2014, ISBN: 978-1-118-91702-2, $25.00). He began his career as a commercial lending officer at the Bankers Trust Company. Two years later he joined Bankers Trust’s Primary Dealer selling U.S. Treasury bonds. After a brief stop at Morgan Stanley, Ben joined Greenwich Capital, which, during his 22-year career there, became one of the most respected and profitable firms on Wall Street. At Greenwich Capital, Ben was a salesman, trader, sales manager, co-chief operating officer, and co-CEO.

Currently Ben is the vice chairman of CRT Capital Group, a 300-person institutional broker-dealer located in Stamford, CT. He resides with his wife, Leigh, and three daughters in Greenwich, CT.