A Look at the Wage Gap for Latinas in 20 States 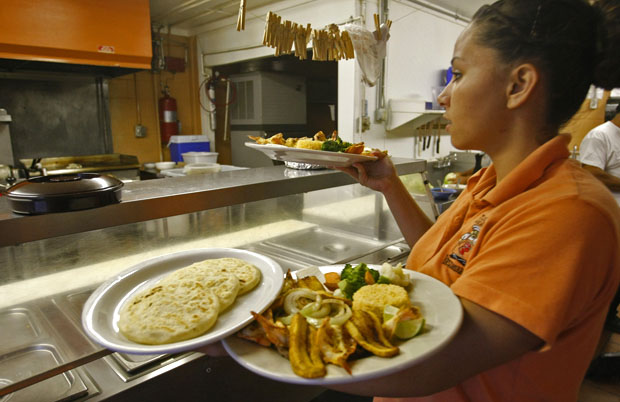 – As the 113th Congress begins, a new analysis of U.S. Census Bureau data released today shows that an important constituency – Latinas – are suffering from a pervasive gender-based wage gap in the very states where the majority of them work.

In the 20 states with the largest number of Latinas who work full time, year round, the wage gap ranges from 51 and 68 cents for every dollar paid to men in those states.

“Women of color are hard hit by a kind of perfect – and perfectly devastating – storm caused by discrimination, a struggling economy and the country’s failure to adopt family friendly workplace policies,” said Debra L. Ness, president of the National Partnership for Women & Families. “These new data show that the wage gap is costing women of color thousands of dollars in critical income each year that could be spent on food, rent, health care and on meeting other fundamental needs for their families. It’s an unacceptable situation that should be a resounding wake-up call for lawmakers who have the power to do something about it.”

According to the new analysis:

According to the new analysis, eliminating the national wage gap would mean that Latinas and their families would have enough money for nearly three years’ worth of food, 5,743 gallons of gas, nearly two years of rent, more than one year of mortgage and utilities payments, or almost five years of family health insurance premiums. The loss of these basic necessities can be especially punishing during tough economic times, and it adds up over a lifetime.

The Paycheck Fairness Act would close loopholes in the Equal Pay Act and establish stronger workplace protections for women. The U.S. House of Representatives passed it in 2009, and it came two votes short of moving forward in the Senate in 2010. Its introduction in the 113th Congress is expected early this year.

“Make no mistake about it, lawmakers have the power to help close this gap and promote economic security for women and families in their districts,” continued. “Lawmakers who are serious about rebuilding our economy and valuing families will work to address discrimination and the punishing wag gap that results. Hardworking women deserve to be paid fairly no matter where they live or their race. By overwhelming majorities, Americans know this and support federal action. It’s time for Congress to act.”

The National Partnership for Women & Families is a nonprofit, nonpartisan advocacy group dedicated to promoting fairness in the workplace, access to quality health care, and policies that help women and men meet the dual demands of work and family. More information is available at www.NationalPartnership.org.