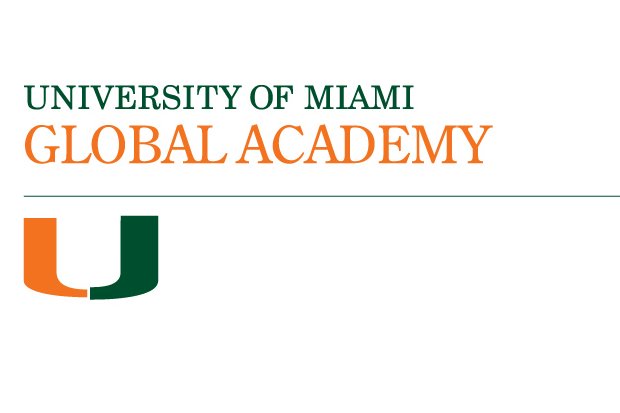 Dr. Maria Elana Chelala has been named the Head of School for the University of Miami Global Academy (UMGA) online middle and high school.

Dr. Craig Wilson, the founding Head of School, delivered the announcement during the high school Commencement on Friday, June 12, 2015 at the Newman Alumni Center on the Coral Gables campus. Dr. Chelala succeeds Dr. Craig Wilson, who will continue to play an active role in the school as Associate Dean of Strategy and Innovation at the University’s Division of Continuing and International Education.

Founded six years ago, UMGA is an accredited online college preparatory that vigorously prepares highly talented and motivated students in grades 6th-12th for college and service to the global community.As a benchmark, UMGA graduates have been accepted to the top universities in the country, including UM, Harvard, Cornell, NYU, Northwestern, and Penn State.

“I am delighted to have such a capable successor in Dr. Chelala,” stated Dr. Wilson. “I am fully confident that she will lead the school through the next chapter of academic excellence.”

In 1988, Dr. Chelala’s dual major in foreign languages led her to become involved in a Florida Language in the Elementary School (FLES) pilot program initiated at the University of Florida and implemented at Alachua County Public Schools K-6. Two years later, she obtained a Master of Science in Elementary Education and Early Childhood at Nova Southeastern University with a practicum on second language acquisition and the role of placement testing and student achievement. Her child advocacy efforts and leadership expanded to engage in statewide projects sponsored by organizations such as the World Children’s Day Foundation and the Holy Childhood Association. These roles accentuated her ability to make significant contributions on leadership panels at Miami-Dade County Public Schools (MDCPS) Management Board Selection Policy Reviews, Division of Schools of Choice, and other elementary schools within MDCPS.

In 1996, she helped launch the National Geographic Kids Network to service students in a self-contained full-time gifted program, and later became one of their national motivational program trainers. Simultaneously, as an adjunct instructor, Dr. Chelala also served as principal of schools continuing with her specialist graduate degree work in educational leadership and in 2001 the completion of her doctoral studies in school development. The outcome of the knowledge gained resulted in successfully raising funds to build, plan and develop two schools in the Archdiocese of Miami.

In 1992, Dr. Chelala received a grant by the Riordan Foundation to establish the IBM Writing to Read Program and successfully implemented the program at a South Miami school. This was followed by a million dollar school-wide project designed to wire and automate the school that became a model for other Catholic schools in the Archdiocese of Miami in the mid 90’s.

In 2008, she obtained training certification from Stanford University’s Education Program for Gifted Youth (EPGY) that enabled her to implement EPGY methods in South Florida.Dr. Chelala taught online courses as an adjunct professor for the Department of Early Childhood Education at Nova Southeastern University since 2012. As director of a VPK Head Start Agency Program in 2013, Dr. Chelala obtained VPK Advanced Director Credential Certification and pursued virtual online teaching for early childhood center directors and prospective candidates. This set the path to additional online administrative roles as a Florida Virtual Schools site administrator in local private schools and as an independent consultant specializing in staff development.

At the forefront of Dr. Chelala priorities is to uphold the school’s exceptional educational and student success standards, while initiating experiential learning, professional growth, and program expansion opportunities. “I return to my alma mater eager to infuse new dimensions of 21st Century learning to this premier online platform.”

The University of Miami Global Academy (UMGA) holds the title as the first online independent middle and high school accredited by the Florida Consortium of Independent Schools. The school is also accredited by the Southern Association of Colleges and Schools and is cleared to offer NCAA-approved courses for busy and aspiring athletes. UMGA students can earn a high school diploma from the University of Miami, or take individual courses, including selected undergraduate credit courses through the University of Miami online program. UMGA students choose from 20-week or 10-week courses during the year; three-week courses during the summer and winter; or honors and Advanced Placement (AP) courses.With thirty-enrollment start dates per year and access to online classrooms twenty-four hours a day/seven days a week, students learn through teacher-led instruction coupled with video, simulations, and other technological advances. Each family is assigned a coach that supports their specific educational needs and provides an academic progression plan to chart their development. UMGA students benefit from this unparalleled individualized attention in the online environment, while still having opportunities to engage with each other through student clubs and interest groups, service learning projects, and honor society activities. For more information, please call (305) 284-2980 or visit www.umga.miami.edu