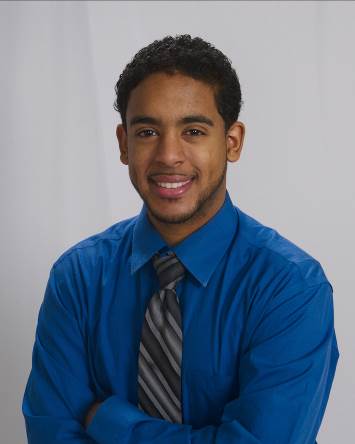 His is the bedrock story of the immigrant “Dreamer” —a life transformed.

Felix German Contreras, 22, is a second-year student at in on a sure-footed path to health sciences.

Who knew this was possible for the 6-year-old Dominican boy who immigrated to in 1996. His father, a biochemical engineer, discovered his experience did not translate laterally to the and settled for casino employment.  His mother, a high school graduate, is a beauty school-trained cosmetologist who enjoys styling hair.

A naturalized citizen at 17, Contreras watched his neighborhood friends wither under the weight of harsh challenges.  Four of them were lost to drug abuse, incarceration and death. Peter, his closest friend since age 7, died from a heroin overdose in 2012.

“Wasn’t this move to supposed to open a brighter future?,”  he wondered. The situations could easily create more doubt than possibilities for Contreras who describes himself in a desperate search for that “catalyst to achieve.”

The Summer Medical and Dental Education Program (SMDEP) is a free, six-week academic enrichment program sponsored by the Robert Wood Johnson Foundation. The intensive program— which offers tuition, housing and meals at 12 university sites across the country— equips college freshman and sophomores from underrepresented backgrounds to pursue careers in medicine or dentistry.

Contreras applied and was accepted by SMDEP at the site. The rigorous science, math and medical school preparation was accompanied by workshops to improve reading and writing skills. Contreras admits the training helped him clear hurdles around English as his second language.

Encouraged by a site advisor to “step up his game,” Contreras read six novels in six months, turning the corner on a new-found love for English.

Less than a year after the program, Contreras is poised for a career in nutrition or public health.

Recalling his experience, “You can’t believe how much six weeks can give to someone who is eager to receive,” he notes. “I believe everybody wants to better themselves. But sometimes they just don’t know how. SMDEP showed me the doors of opportunities to the other side.”

Most doctors in his area are either Asian or Caucasian, which explains the “culture shock” he experienced while studying with fellow Black and Latino students at the Yale SMDEP site. He eagerly welcomed the exposure, recognizing the wave of the future.

Rapid demographic changes are transforming the nation’s population. According to physician workforce data provided by the Association of American Medical Colleges, between 1978 and 2008, 75 percent of all medical school graduates practicing medicine were White. Meanwhile, Blacks, American Indians and Hispanics comprised a combined 12.3 percent physician workforce. For nearly 25 years, SMDEP has served as a pipeline to position more diverse health care professionals in the field.

Contreras offers that his mother, who speaks little English, has experienced sub-par health care due to language barriers and a lack of cultural competence by some physicians.

“My mother is like many immigrant people who do not get adequate health care because there is not enough sensitivity to and for their realities,” says Contreras.

Eyeing or for undergraduate studies, Contreras applauds the two years spent at . He insists the supportive community college experience, coupled with his SMDEP participation has prepared him to succeed academically at a four-year college. He indicated he wants to study at Yale School of Medicine and then return that training to his community.

“I want to attend Yale School of Medicine—not because it’s Yale—but because of what Yale SMDEP has done for me,” he shares. “It is where my fundamentals were built and has paved everything for me to today.”

“All of this has made me realize, wow—I can be a leader! The little things add up to be big in the end. Sí se puede,” he says, which translates into “Yes We Can!”

Started in 1988 (formerly as the Minority Medical Education Program and Summer Medical and Education Program),  more than 20,0000 alumni have completed SMDEP which today sponsors 12 university sites with each accepting up to 80 students per summer session.

Now preparing for their summer 2014 cohort, SMDEP accepts applications annually November 1 thru March1. For more information about SMDEP and how to apply, visit www.smdep.org.