Should Minority and LGBTQ Groups Fear A Future Defined By A Trump Presidency? 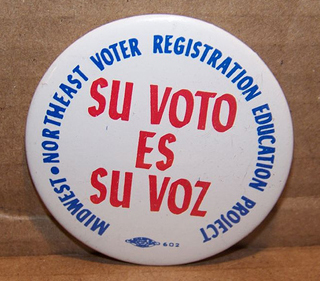 Minority groups have worked themselves to the bone to achieve everything they have within different world constructs. Equal treatment within work environments, social environments, and civil rights environments might have seen some progress during the presidency of Obama, but now minority groups of all kinds are frightened for a future defined by a Trump presidency.

While you might have your opinions and your reservations, here are some reasons it’s all going to be okay:

In a world where you’re oppressed, it can be challenging to keep your eye on the silver lining, especially when everything that you believe in and the very core of your identity is at risk of being shaken. But rest assured that even though you might not agree with or like Trump, it’s still the United States, and you, as defined by the Constitution, are “endowed by your Creator with certain unalienable Rights, that among these are Life, Liberty and the pursuit of Happiness.”

This is the lifeblood of the United States. A President who believes in the constitution will structure the government in a way that will give you life, liberty, and the pursuit of happiness, so trust that the people who likely know more than you and who are at the head of the government will give you the rights and treatment that you deserve. That’s the American way.

You Can Choose Another Path

The jokes ever since the campaign races for president began have been pointed towards Canada. Many people feel that they don’t want to continue to live in a country where the elect leaders seem to enjoy stripping away rights of certain groups of people, but the reality of the matter is that you have a voice. Don’t be afraid to exercise that voice in an educated manner to express yourself in a manner worthy of dignity and respect.

Start up a blog post to explain your feelings and concerns, hold public discussions, and educate people how you can make yourselves known without causing rioting. In the end, your rights are very important…but we’re all living in the game and if you choose to get up in arms about the way you’re being treated in a way that puts you in the same hypocritical spot as your very accusers, you’re not doing things correctly. Rise to the occasion, choose the path of love, and win the world over with kindness.